Ribble Valley candidate asks , "How Green is my constituency?" 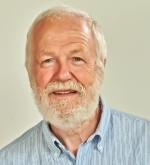 The longer the election campaign goes on, the more vindicated I feel in providing a Green Party option to the voters of Ribble Valley. The campaign at national level is getting louder in tone over fewer issues of substance. The debate about the economy has become more of a contest in accountancy, restricted to how spending pledges can or cannot be funded. The two big parties assume an adversarial stance over very limited policy areas because they feel confident that our voting system gives them a safe grip on power. They are paranoid about making gaffes by going ‘off message’ so play safe and say as little as possible.

It seems that all the other four national parties frame their arguments within a very limited time perspective, perhaps looking ten years backwards and only about five years forwards. Yet to me, who has been a small ‘g’ green for at least forty years, though a Green Party member for much less, we should be considering much longer time-frames in seeing where we have gone wrong and where we need to change course, particularly for the sake of future generations. With grey hair comes, I hope, added maturity and perspective.

We are currently consuming resources equivalent to three planets and we need to scale this back drastically if the earth is to remain habitable for anything like its current population. Only the Green Party seems to regard living with the earth’s ecological limits as the key problem and context within which all other policy decisions have to be framed. The current narrative is too narrow, too short term and in much is just plain wrong.

The present electoral system acts as a nearly insuperable barrier to the election of candidates from small parties like the Greens. But back in 1991, I was part of the team that caused a minor electoral earthquake here in Ribble Valley and led to the abolition of the Poll Tax. I dare to think that if enough people feel that the ‘green’ message should be more fairly heard in parliament, then Ribble Valley could lead the way again.

My education and experience equip me to take the ‘Green’ case to Parliament where at present it is sadly under-represented. My science and business background combined with a variety of ‘real’ jobs have served me well in my time as a councillor and recently in helping to launch the Whalley Community Hydro renewable energy scheme. I have lived in the Ribble Valley for 40 years and understand local concerns. I have been politically active since the 1960s and while my party allegiance may have changed, I feel my core values, ranged around respect for people and the natural world, have remained constant. I read extensively, particularly on economic and environmental subjects, so have what I like to think is a very up-to-date and rounded view of the world. I consider I have the ability to analyse most subject areas and present a persuasive argument.